“If you enjoy watching any creative process, an artist creating their work, this is something you just have to see!!“

We just finished up our second year of the Cohort Club.

As reported last year, our first attempt was a smash success. In the same year that we initiated this program, Geva saw a rise in both subscriptions and individual giving…and while we know many factors contributed to that good fortune, the buzz from the Cohort Club’s first year was addicting. So we thought, “Let’s expand!” For the Cohort Club’s second year we decided to launch two groups of Cohorts (one in the fall and one in the spring), each following the creation of two shows.

Why two shows? We had a lot of feedback from the first Cohort group that it wasn’t until after witnessing the process of creating a production once that they knew what to look for – what subtle shifts in design and performance might mean to a final performance.

What’s been impressive to me, the real breakthrough, is that the Cohorts not only a learned a ton (which is wonderful), they began to take it upon themselves to teach the larger Rochester community.

Their posts turned this blog from a place where they reported on what they saw in rehearsal to a full on educational guidebook for how to appreciate theatre. They not only became advocates for a specific show, they took it upon themselves to train new theatregoers.

Here are some great examples:

“Lastly, it was interesting how much the set influenced the feeling of each scene. It was as if a third actor had been added to the play and the actors now had to adjust; deliveries practiced to perfection in the rehearsal room now had a completely different feeling and meaning in the context of the actual set and needed to be adjusted.” 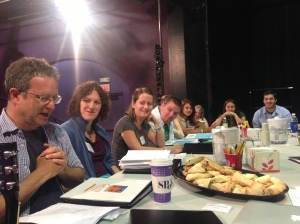 Explaining what a Stage Manager does:

“ Stephie is the one who manages everything else! Oh my goodness…she has the answer from the time, to the coffee, to food for breaks and of course all the props and even sound effects.”

What a Dramaturg does:

“The work that they do really can make the difference in how the play translates to the stage.” 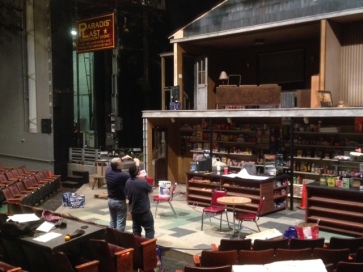 Who actually makes the sets:

“I realized how important the scene shop is”

What happens in rehearsal:

“They were totally focused, extremely productive, collaboratively creative, and obviously experts at what they do.  It is fascinating to us, lovers of the theatre, to see how much talent, creativity and hard work actors bring to the process of putting a play on stage.”

What happens in a reading:

“So, a reading is an important and necessary step in developing a new play.  It is also great fun to attend and participate in.”

or even just explaining the art form itself:

“Theatre is undoubtedly one of the purest forms of the creative process that people can be involved with, and seeing it up close makes it clear why individuals devote their time, energy and lives to the art form. The heat it generates, the challenges it presents, the fulfillment it offers is very, very difficult to parallel.”

and more personally why they go:

” One of the things am really enjoying is the process of doing this with my son and seeing the discussion it sparks. “

They talked about the transformational power of education on their appreciation of this art form:

“I am beginning to understand the incredible talent and creativity and hard work it takes to get to that stage.”

They learned so much about the theatrical process and carried the message forward.

But what about the artists involved?

We polled them also at the end of the year.

“It was great to have early educated opinions. Their investment made for valuable feedback from an “audience” perspective well before the shows went on deck. Maybe “audience” makes it seem trivial which isn’t intended. The opinion of those who are not necessarily theater people but have taken the time to involve themselves in the process makes for valued insight. Without the investment perhaps we would be less likely to listen and it also makes for deeper observation. They become part of the team. In knowing people, you truly understand their opinions.” – sound designer Matt Callahan

“It was such an enriching experience to have truly invested patrons in the room when creating a show. It keep the artist close to a key reason we do what we do. An educated objective eye is a wonderful resource!” – set designer Michael Raiford

“The cohorts’ enthusiasm for and interest in The 39 Steps was an integral part of our rehearsal process. They took the journey with us–I felt that they were colleagues, not merely observers. “ – actor Joel Van Liew

“The cohort program is excellent!! I’ve never seen patrons take such an active interest in a project before. And they really have great contributions to make and questions to ask as a result. Less of the “how did you learn all your lines” kind of questioning and more of the “what do you think this means?” type of question, really engaging in an artistic dialog about the piece. Not only that but they take ownership of the project in a way that makes them more than just audience members. It’s like having friends you didn’t know about in the audience...” – actor Fajer Al-Kaisi

and we asked the Cohorts themselves to sum up the year:

“In your own circle of friends, you become the Theater Expert, with entertaining and fascinating tidbits of how a show comes together. And you encourage friends to see ‘your’ show.” – Maeve Cullinane

“Theatre is a collaborative process. Even if you think that there are many parts that work together going in, watching a play created from the beginning will help you understand that even more. Every piece informs the whole in most incredible ways….Creating Theatre is incredibly hard work. I think too often we just assume that we enjoy a play or musical or comedy because of the great talent that is creating it. No question, it takes talent. But what I have learned as a cohort is that talent is only the necessary but not sufficient condition. The amount of work that goes in to the smallest detail on stage is not appreciated as much as it should be. “ – Betti Abbas

“We cohorts get to see it all, from the day one table-read to the final curtain call, and in this way it becomes our own. We tell our friends about ‘our’ actors, playwrights, and directors performing ‘our’ shows, and in this way we get to spread enthusiasm for Geva and its wonderful and full cast of players.” – Tate DeCaro

and a great one to end on…

“Personally, my favorite days were being there for the first read-throughs. I had the honor of being at the table for the reads of All Your Questions Answered, The 39 Steps, Informed Consent, and Tinker To Evers To Chance. All were masterfully crafted and structured, although they were all very different in content, theme, and delivery. Seeing director Sean Daniels foster a feeling of openness, drawing everybody in to the process, but also demanding a lot of the actors and production staff was a great thing to behold and offered many transferable lessons to people in a myriad of professions. And then to see the transformation from the initial readings to the full productions in bloom really is one of the greatest testaments to human skill, ingenuity, and spirit that I know. This is why I love theatre, plain and simply. “ – Paul Root

Getting to let the community into what we do so they can better champion it?

Honestly, that is why I love theatre, and this program, plain and simple. 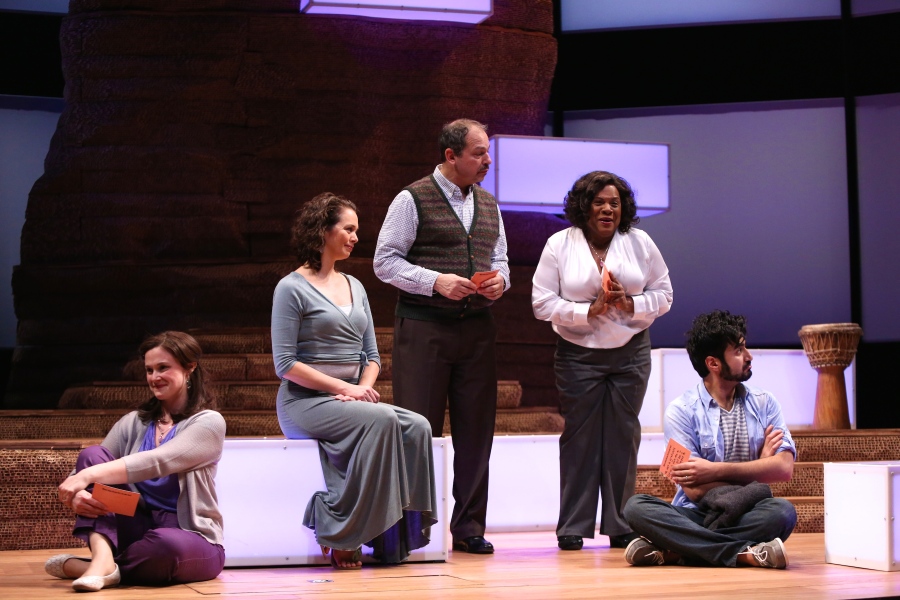 Creator of theater and breakfast sandwiches. View all posts by seanddaniels

One thought on “Cohort Year 2 Wrap Up: “one of the greatest testaments to human skill, ingenuity, and spirit that I know.””